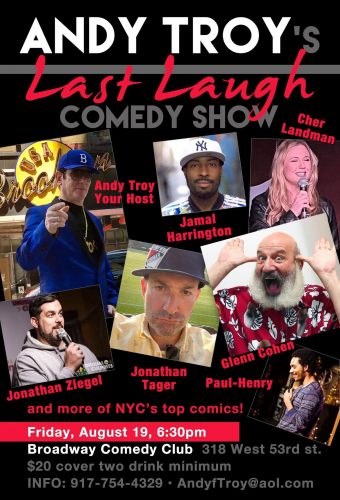 Originally from Cleveland, Paul-Henry started telling jokes in Worcester. Paul-Henry lets you in on his strange perception of reality, finding joy in almost crossing the line. He currently holds participation trophies from WOOtenanny, the Cleveland Comedy Festival, and the Rubber City Comedy Festival.

You may think he's your traditional urban comedian, until he starts talking. Hailing from New York City, Jamal Harrington has 10 years of stand-up comedy experience with an "in your face and peculiar" approach to his craft with some "misdirection" sprinkled in his material. In 2013 Harrington placed 3rd in the “Make Danny Laugh” comedy competition where Danny Bonaduce was one of the judges. He has made guest appearances on Seattle’s KZOK “The Danny Bonaduce & Sarah Morning Show”. Harrington also appeared multiple times as a guest on "The Sour Kool-Aid Show" on Twitch TV. In 2022 Harrington was selected to be a participant in the 6th annual Northwest Black Comedy Festival in Portland, OR. He is currently the co-host of "It's Not About You with Jamal & Marianne", a podcast which can be heard on Spotify and other platforms. Harrington is the founder and producer of the stand up comedy production, JAMCO. Comedy Series.

Whether it's jokes about racism, relationships, crazy caffeine induced thoughts and ideas, he adds a spin to these topics that gets the crowds' attention. When Jamal is not gracing the stage, he is writing screenplays, wine drinking and plotting world domination.

Jonathan Ziegel is a touring standup comic, from New York City, whose comedy details his experiences growing up, dating, working and... well, anything else that strikes a cord. His humor has been described as wry, witty, stylish and endearing. Jonathan’s jokes typically involve a range of physical motion that eliminates his need to go to the gym. He’s delighted audiences across NYC, PA, DC, Memphis, Myrtle Beach, Portland, Seattle, Toronto, Edinburgh and Paris, where he's known as "Le Big Deal" by extended family. He's also a Festival favorite, having performed in the Comedy Mob, Free Standup NY, Portland and Poconos Comedy Festivals. You can find him on FB at Jonathan Z Comedy and IG at @The_Real_JZ_

Jonathan Tager is not native to anywhere really but has lived in NYC for 20 years. His quick wit and sharp humor about life’s stupid nonsense make him a must-see act. He has no material and makes it up as he goes. He produces shows around the city and at a theater near you.