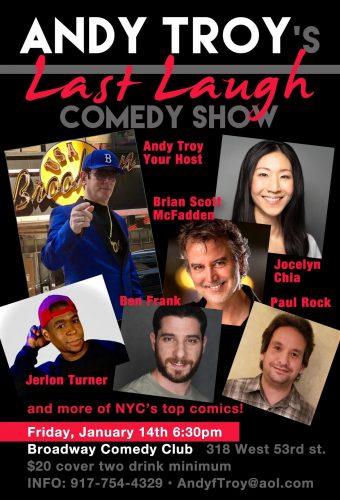 2021 was a long and difficult year & I'm sure we can all use some laughs, so please join us for my next Last Laugh at The Broadway Comedy Club!

Jocelyn Chia is a lawyer turned comedian originally from Singapore. She has been in Vulture, Her World, South China Morning Post, and cnbc.com, and was recently named one of Singapore’s top comedians. She has been on MTV, AXS TV and Comedy Central.

Actor/Comedian/ Brian Scott McFadden is one of the funniest stand up comics working in the industry today. After making his debut on The Late Show with David Letterman, Brian followed that up with another dynamic appearance on The Late Late Show with Craig Ferguson on CBS. A regular on the NYC comedy circuit, Brian has recently taken his act to a whole new level with his high energy performances & some of the most unique, incisive & hilarious routines around.

Jerion Turner is a hilarious upcoming comic, born and raised in Queens, NY. He has appeared all over New York City; including; The Broadway Comedy Club, New York Comedy Club, and The Producers Club. He is sure to make you laugh with his raunchy often ridiculous style of comedy.

Paul Rock is an up-and-comer in the world of standup comedy. He has performed at The Comedy Store in LA and Broadway Comedy Club in New York.

***Reminder: as of September 1st all guests must provide proof of COVID vaccination. 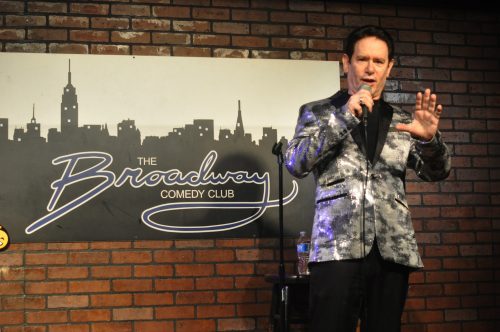