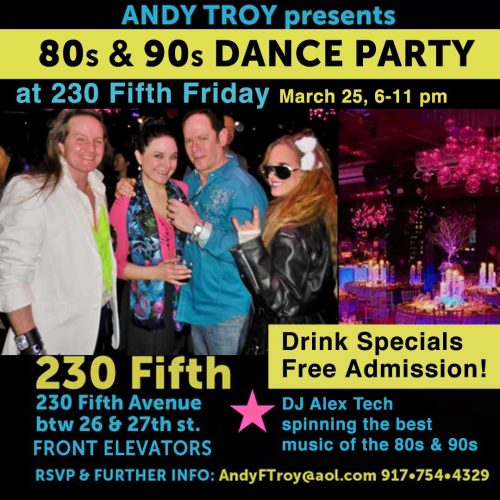 Dancing to all your favorite 80's & 90s tunes spun by DJ Alex Tech! 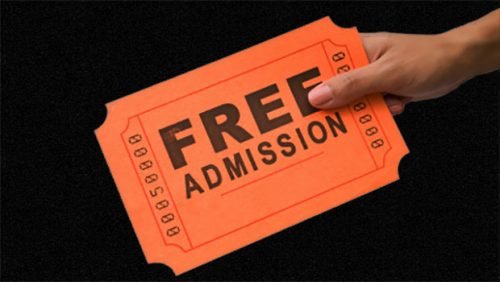 Upon entering the building, take the FRONT ELEVATORS to the top floor. There will be signs & staff to help direct you.

This private event space features a view of Fifth Ave & its own entrance to 230 FIFTH's Rooftop Garden & has hosted events by numerous celebrities including, Taylor Swift & Brad Paisley.