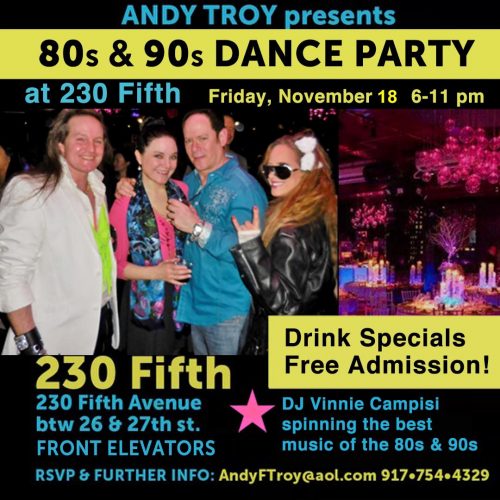 Tell the doorman that you're there for Andy Troy's party and admission is FREE! Then take the FRONT elevators to the top floor. The rear ones go to a different room.

So join us for an 80s & 90s dance party in the private event space of NYC's best rooftop lounge, 230 Fifth!

Upon entering the building, take the FRONT ELEVATORS to the top floor. There will be signs & staff to help direct you.

This private event space features a view of Fifth Ave & its own entrance to 230 FIFTH's Rooftop Garden & has hosted events by numerous celebrities including, Taylor Swift & Brad Paisley.